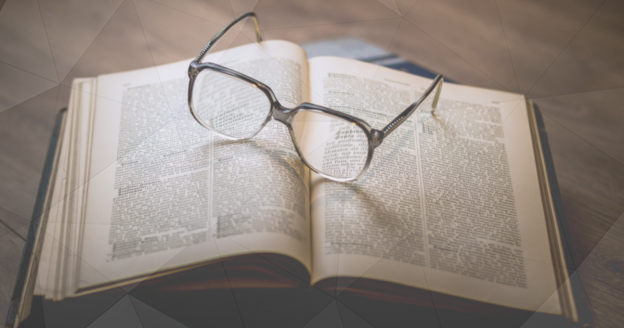 If you’re a beginner in the Forex market, chances are you’ve stumbled upon an article or forum post that include terms such as “pips”, “cross-pairs”, “margin” and others.

Those are basic terms of the Forex market that all traders need to know about and understand early in your trading career.

We’ve created a list of the most important Forex trading terminology to help get you started in the market.

While this list is not all-inclusive, it covers the 15 most common terms regularly used by Forex traders.

The world’s currencies are traded on the Forex market. But let’s start with the very basics – What is a currency?

The word currency is derived from the Latin word “currens”, which means “running” or “in circulation.” A currency is money used as a medium of circulation, such as banknotes and coins. Some sources refer to currencies as a system of money used among people in a nation.

The United Nations currently recognise 180 currencies that are used in 195 countries across the world. Some examples of currencies are the US dollar, the Euro, the British pound and the Japanese yen, which all act as a store of value and which are traded on the global foreign exchange market (Forex).

Just like other assets, the forces of supply and demand determine the value of a currency relative to another currency. Increased supply of a currency sinks its value, while increased demand pushes its value up.

Check out: 9 of the Best Forex Currency Books to Become a Forex Expert

Even though currencies are traded on the Forex market, we’re not able to buy or sell single currencies. Each time we place a trade in the market, we have to trade on currency pairs. Currency pairs consist of two currencies – the first one is the base currency and the second one the counter-currency.

In general, currency pairs can be grouped into major pairs, cross pair, and exotic pairs. Major pairs are currency pairs that include the US dollar as either the base currency or counter-currency and one of the other seven major currencies (EUR, CAD, GBP, CHF, JPY, AUD, NZD.)

If you’re just beginning with trading, you should focus on the major pairs since they usually offer very low transaction costs and enough liquidity to avoid high slippage. Examples of major pairs are EUR/USD, GBP/USD and USD/CHF.

Cross pairs, on the other hand, include any two major currencies except the US dollar. Unlike major pairs, cross pairs have higher transaction costs and, at times of lower liquidity, traders can face slippage. Cross pairs are also usually more volatile than major pairs. Examples of cross pairs include EUR/GBP, EUR/CHF and AUD/NZD.

Finally, exotic pairs include exotic currencies which are not in the Top 10 of the most traded currencies, such as the Mexican peso, Turkish lira or Czech koruna. Since those currencies can be extremely volatile, they should be left to be traded by the pros.

We recommend you read:

16 of the World’s Most Popular Currency Pairs

34 Forex Abbreviations and Acronyms You Need to Know

Given its nature, the bid price is always lower than the ask price. Once those two prices meet, either when sellers lower their ask price to meet a buyer’s bid price or when buyers increase their rate they’re willing to pay for a currency and meet a seller’s ask price, a transaction occurs.

In the end, buyers buy at the ask price, and sellers sell at the bid price. This means that each price plotted on your chart represents the market equilibrium at that point of time – the price at which the majority of market participants are willing to transact.

How Do Forex Brokers Make Their Money

Naughty Broker Practices you Should Take Note Of

Each time you enter into a trade, you have the pay transaction costs for that trade. While most brokers don’t charge commissions and fees on placing trades nowadays, the bid/ask spread remains the main cost to Forex traders. When bulls buy at the ask price (the price at which sellers are willing to sell), their position is immediately in a loss that equals the bid/ask spread.

If you’re a day trader or scalper, you need to pay attention to the bid/ask spread since it can eat a large portion of your profits at the end of the day. Swing traders and position traders who have a longer-term approach to trading are less affected by the spread as they open a smaller number of positions and have relatively higher profit targets.

When Forex traders talk about profits or losses, they usually use the term “pips”. A pip is short from Percentage in Point and represents the smallest increment that an exchange rate can move up or down. Usually, one pip equals to the fourth decimal of most currency pairs.

Most traders don’t follow movements in pipettes, even though some brokers use them in their trading platform. Today, pipettes are mostly used to measure the bid/ask spread, where a tenth of a pip is needed. For example, the spread in EUR/USD might be 1.4 pips, or one pip and four pipettes.

You’ve probably heard about going long or short in a currency pair. Going long simply means to buy, while going short means to sell. In equity markets, most traders are long in anticipation of rising prices. However, in derivative markets, such as options and futures, there is always an equal number of longs and shorts in the market, because each new contract that is bought needs a corresponding seller who needs to go short, and vice-versa.

The markets are made of crowds of people that speculate, hedge, trade, invest or gamble in the markets. Since people have memory, they remember certain price-levels where the price had difficulties to break below in the past.

They place their buy orders around those levels, as they believe that the price will again fail to break below. This is how support levels are formed. In other words, a support level is a previous low at which the price has a large chance to retrace and move up.

The Forex market is open around the clock and offers traders to profit not only on rising prices, but also on falling ones. However, there is another reason why a large number of traders feel attracted to the Forex market – leverage.

Trading on leverage allows traders to open a much larger position size than their initial trading account size would otherwise allow, and the Forex market is known for extremely high leverage ratios offered by retail brokers.

Watch: Is Leverage a True Friend or Foe?

However, bear in mind that trading on extremely high leverage is very risky, as it boosts not only your profits, but also your losses. Beginners should consider trading on a lower leverage until they gain enough experience and screen time. This will reduce losses and make sure that you stay in the game in the long run.

What’s important when trading on leverage is to always keep an eye on your free margin. Your free margin equals your total equity (account size + any unrealized profits/losses), minus your used margin. If your free margin drops to zero, you’ll receive a margin call and all your open trades will be closed at the current market rate.

Revealed: The Risks of Spread Betting

Forex Risk Management Strategies You can Abide By

The position size you take on the market determines the size of your profits and losses in dollar value by affecting the value of a single pip. In the Forex market, one standard lot (standard position size) equals to 100.000 units of the base currency. For example, if you take one standard lot in the EUR/USD pair, you’re actually trading 100,000 euros with a pip-value equal to $10.