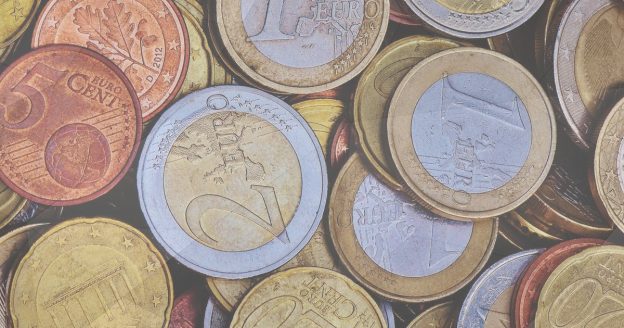 The GBPJPY pair is testing close to the 140.000 area again today as it tries to break higher after dipping below the round number last week. The falling support trend line is now resistance at 141.350 and a move back above this level can see price attempt to reach 142.000 or resistance at 142.460. From there the 143.000 level is of interest followed by 144.040. A continued advance for the pair would target 145.164 and 146.000 with a move above 147.000 erasing the entire August decline and forcing sellers to rethink their approach.

Support at the 140.000 area is holding for now and price is testing falling resistance. Should this resistance hold and sellers push price under support, the next level to watch for is the low of 139.300 from August 2017. At the time this low formed the head of a text book inverse head and shoulders and led to a large move higher that lasted until February of this year. If price were to fall down to that level there is a chance that price reacts higher as it is a major swing low. A drop to the next support comes in at 138.500 where another low in 2017 was formed. 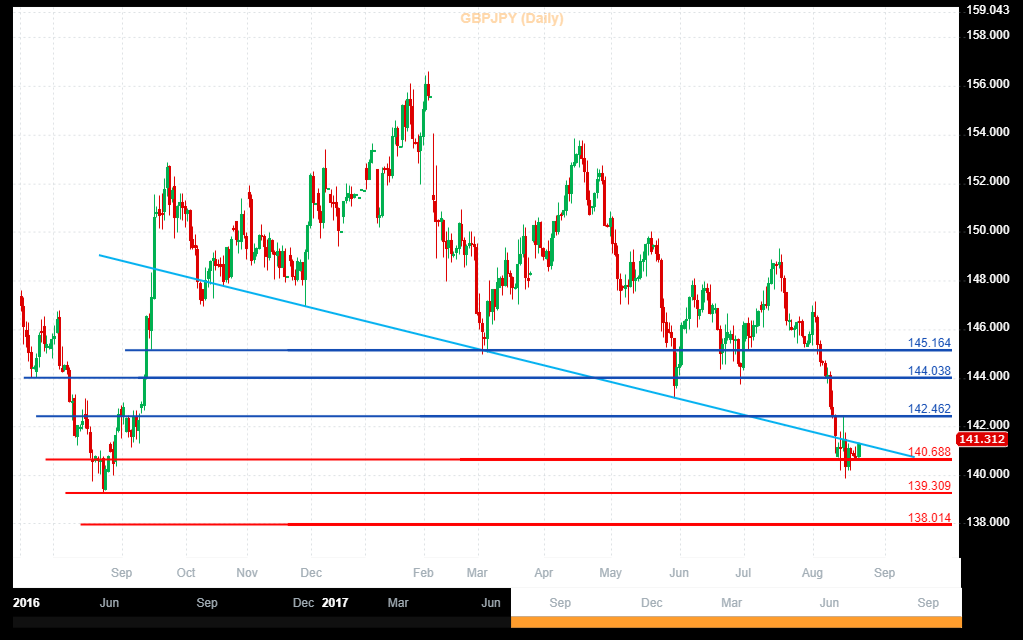 The EURUSD pair has seen a change as the dollar strength has unwound for a 200 pip move higher after finding support at 1.1300. Price is now testing the POC around 1.1510 which was formally a floor for the pair this summer. A confirmed break above this area will see price retrace higher while dollar weakness lasts. The Jackson Hole event from Thursday through to Saturday will have a substantial impact on markets as the leading Central Banks lay out their thoughts on and approaches to the current global macro challenges. Should resistance hold and the USD gain strength again then supports at 1.1445 and 1.1395 become targets. A break under the 1.1300 level hands control firmly back to sellers and can result in a trip to 1.1200.

Resistance on a break above 1.1510 can be found initially at 1.1575 followed by 1.1621. A break above this area would see short positions come under pressure and a squeeze could develop to push price through resistances at 1.1675 and 1.1700. The 1.1750 level can be clearly seen as an important level for the market and this is where sellers can make a stand limiting risk up to 1.1790. 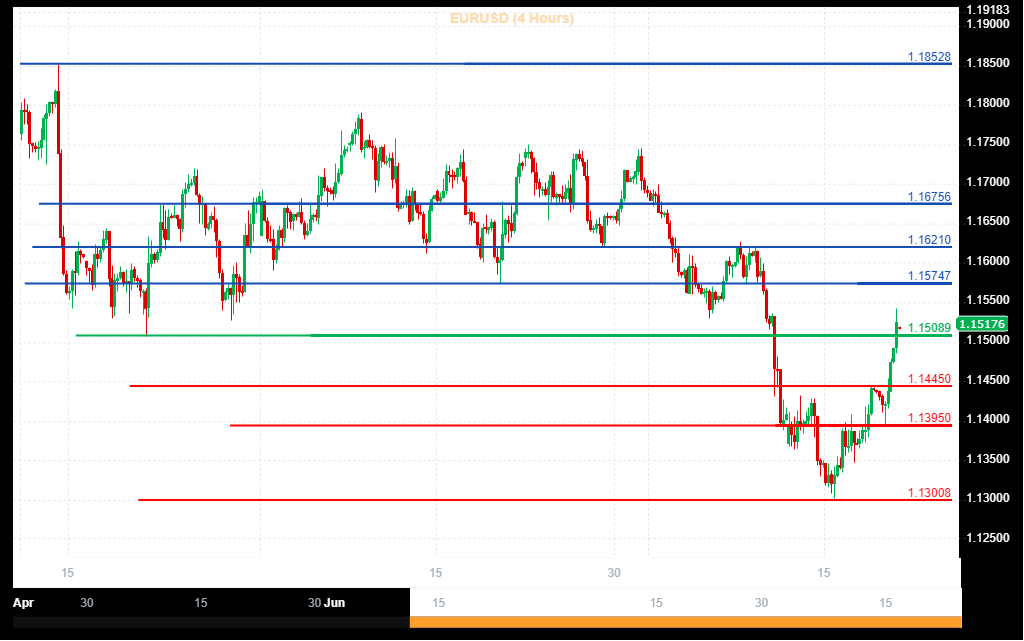 📈 Give our latest video a watch, to sum-up what you have just been shown about Moving Averages.

▶️ We've put together a video that explains how traders use moving averages to identify the trend.

👇 Click the link below for the full video.
https://t.co/fL1xHqDFxT