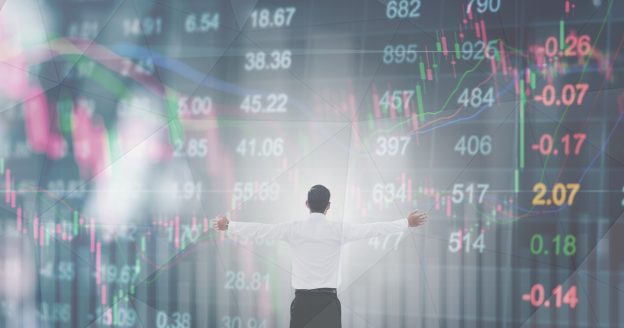 History is full of daring men and women who made fortunes on the stock market.

That said, there’s a special place in history for a few people who took their trading one step further. These traders pulled off some of the biggest deals of the century – the greatest financial trades ever made.

And they made a lot of money because of it. These are the financial trades that we all aspire too.

All of the following is possible, and it’s important to remember that these special individuals made their trading decisions at the right time. With a combination of favourable markets and a high degree of business common sense, this level of trading may well be repeated.

Profit on trade: Around $100 million

This is a name which is synonymous with trading excellence. He was probably one of the first examples of a successful ‘short-seller’. Way back at the start of the last century he shorted stocks just prior to the San Francisco earthquake. For this trade he managed to make $3 million.

Obviously gaining a taste for this type of trade, he then went on to short the market crash in 1907. This made him richer, to the tune of $100 million.

The year 1929 is what he was most famous for. The stock market crash happened just as he shorted the entire market. It’s a great example of an intelligent, informed level of short trading. The day of the 1929 market crash made him $100 million.

He was a controversial figure in that he lived the high life very openly. He was also responsible for one of the most famous trading books ever written. The book, Reminiscences of a Stock Operator, was actually written under a pseudonym.

In 1940, he committed suicide, after suffering for much of his life with clinical depression.

If anything, Jesse Livermore essentially popularised short trading stocks. This legacy has also made this kind of trading legitimate. Later high-end traders (some of whom are in this article) would emulate Livermore’s fundamental principles to profit hugely.

‘Do not anticipate and move without market confirmation—being a little late in your trade is your insurance that you are right or wrong.’

Profit on trade: Around $100 million

The next logical step in short trading success is this man. In 1980 Jones founded the Tudor Investment Corporation. In 1987 he emulated Livermore’s success and predicted Black Monday. No small feat, it earned him a huge financial reward, making him approximately $100 million.

In March 2014, he was said to have an estimated fortune of $4.3 billion. A vocal trader, he always had plenty to say about the markets and finance in general.

‘Markets trend only about 15 percent of the time; the rest of the time they move sideways.’

Top Financial and Trading Documentaries (And Why You Should Watch Them)

12 Financial Podcasts That Will up Your Trading Game

5. Andrew Hall, the god of oil

Profit made: Around $100 million

Andrew Hall is perhaps best described as an investor who played the long game. The price of oil has historically gone up and down over the decades, and Hall recognised this. So he made plans to capitalise on this understanding.

Citigroup used to have an energy trading section, called Phibro.

Hall worked for these people, and he was particularly interested in the price of oil. In 2003, the price of oil was low, at $30 per barrel. Hall traded very long on oil, betting on oil increasing in value to the tune of $100 within five years. It turned out that he had correctly predicted the level of growth.

Problems ensued. Hall made Citigroup millions, but Citigroup didn’t pay Hall the full $100 million that they were supposed to. And then they got rid of Phibro.

He’s known as a ‘god’ in oil trading circles. But the market is so volatile that Hall has recently gone on record to say that automated trading systems (rather than the instincts and studious approach he followed) are ruining oil trading. And he knows what he’s talking about.

‘Investing in oil under current market conditions using an approach based primarily on fundamentals has therefore become increasingly challenging. It seems quite likely this will continue to be the case for some time to come.’

What is Volatility? And Strategies to Trade It

Profit on trade: Around $125 million

This is the perfect example of a trader who spent time looking carefully at the market conditions before shorting stocks that would be affected by those conditions. Arnold worked for an energy hedge fund, and he made some very good decisions around that market.

A rival hedge fund named Amaranth llc had predicted that natural gas prices would rise as winter set in back in 2006. Arnold correctly predicted that the winter would be mild, and Arnold had shorted natural gas. He made a lot of money – around $125 million – and Amaranth folded.

‘The market systems are so complex that they overwhelm the ability of any one individual to predict’.

Read: The Secrets of Trading Like a Hedge Fund Manager

3. George Soros, the man who broke the pound

Profit on trade: Around $1 billion

Event: Weakness of the British Pound

Anyone who is even vaguely interested in finance knows who George Soros is. He’s an incredibly astute financial wizard who did something quite staggering in the 1990s. The pound was backed up by the European Exchange Rate Mechanism, and this meant it was protected on a global scale.

This protection would never last, and Soros knew the artificial status of the pound was in jeopardy. The volatility of interest rates is needed for markets to thrive and this wasn’t happening.

He happened to take a short position when the pound was doing very well on a fixed exchange rate. So it cost him a lot of money. He even had to borrow money to make the trades happen. The position rested entirely on the Bank of England experiencing a large and damaging event. It was a bold strategy.

It worked, the British government withdrew from the Mechanism, and Soros made millions out of it. In fact, Soros is estimated to have made $1 billion after the dust had settled. He’s now a financial legend, and often advises governments on their fiscal policy. Again, Soros was just looking at the markets, and betting short on good information.

Prior to this, Soros had already had some success with investments. In 1973, Soros developed a hedge fund that would eventually become known as The Quantum Fund. The Quantum Fund soon became known as a very aggressive and successful unit, with at least two instances of the fund returning 100% on investments.

Soros is also well known for having a strategy that is hard to copy. This is because he has generally decided to invest on instinct. This risky but profitable approach made him an investor who was one of the richest men on the planet – and one of the greatest financial trades ever. And he will now be forever known as ‘the man who broke the pound’.

‘I rely a great deal on animal instincts’

Recommended Reading: Trade Like the Pros: How To Become a Professional Trader

2. David Tepper, the man who bet against the financial crisis

Profit on trade: Around $4 billion

Here we have a man who simply took a sensible look at the banking sector and made a call. In 2009, the financial crisis had engulfed most economies, and the USA in particular was beginning to feel the pinch. It was not a great time to be a bank.

Governments tend to nationalised banks and other financial institutions when things get really tough, and the USA was poised to do this. So Tepper did the opposite of what everyone thought he might do and he bought a very large amounts of bank stocks. That year, the major US banks returned to top form, and their stock rocketed. This made Tepper around $4 billion.

Is Day Trading Gambling (And if Not, Why Not?)

Day Trading Courses Can Be Awful, Too

1. John Paulson, the man who shorted the subprime market

Paulson knew a thing or two about the housing market and he shorted at just the right time. Well, to be specific, he didn’t short the entire market, just the subprime part. If that seems familiar, the recent movie The Big Short covered it heavily.

He visited banks, including The Bank of America, and persuaded them to write credit-default swaps against the subprime mortgages market. When that market went bust, he profited heavily through his subsequent stocks trade. The hedge fund he was part of made around $4 billion from the market crash.

Since all of that happened back in 2007, Paulson has become known as someone who regularly gives to charities and other worthy causes. In 2012 he donated $100 million to the Central Park Conservancy. In 2018, he tied for the 261st position on the Forbes annual world billionaires list.

‘The important thing in investing is to be true to your compass’.

A knack for markets

As stated earlier, the individuals above simply looked at aspects of a market and chose a strategy that was usually very different to the trends of the time. Andrew Hall is perhaps the only example of a trader who played a very long game, but all of these traders bet against the prevailing wisdom.

Part of history, they were responsible for the greatest financial trades ever made, but at the same time they exemplified the essence of great trading, instinct, backed up by knowledge. In the current climate, people can use various trading platforms to make the job easier for them, and to help them second guess the market.

Spotting a financial crisis you could capitalise on is not easy, but modern trading is definitely making it easier.

Read: A Brief History of the Forex Market

Check out The Greatest Trades Ever Made Infographic (click to enlarge)