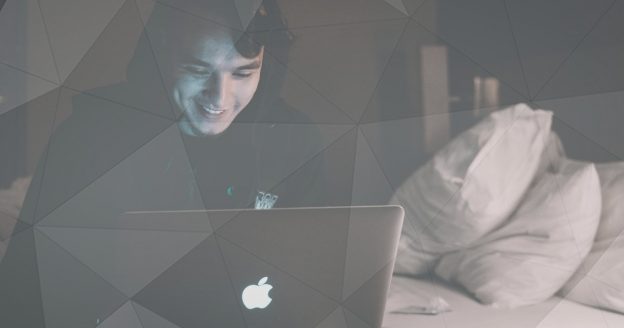 By: Phillip Konchar
Lifestyle
Traders have been making money off financial instruments for a long time. It has always held an attraction for any young person who wanted to build wealth. But becoming a trader means meeting certain requirements, and age is one of these.
You do have to be a certain age to open an account. In the UK, that age is 18. In other countries it’s as late as 21 years of age.
There is some common sense here. Trading is a grown-up activity, and if you make mistakes you could be looking at a lifetime of debt. That kind of responsibility is best shouldered by a person who is a legal adult.

The benefits of being a young forex trader (18-35)

Younger people also tend to have more energy. This is important. Why? Because forex never sleeps and those who trade it tend to trade at unusual times of the day.
It takes true dedication and it often leaves people feeling drained. Being young and energetic enough to manage that kind of pressure is an advantage. There is a lot of stamina involved. For obvious reasons, stamina is something younger people have in bucketloads.

Younger traders also have the possible advantage due to a willingness to learn. A younger person is able to take on ideas and concepts at a faster pace. This is because they have less previous knowledge to resist.
A younger mind is more open to a fresh outlook on life and money, and knowledge has a greater chance of sinking in. This is not to say that older people can’t do this, but forex is not something that is straightforward.
And that leads us to look into some reasons why younger people may not always be better at forex.
Read:
Crypto vs. Forex Trading (Which is Better?)
12 of the Best Financial Podcasts You Need to Listen To
Why You Need to be Careful of Revenge Trading

Forex can be difficult for those without experience, there’s no doubt about that. But it is by no means impossible to get to grips with. Some people put barriers in the road before they even begin. Those barriers concerns preconceptions about the process of making money with forex.
While it may sound a little stereotypical, a younger person may want to get rich sooner rather than later.
… the forex ‘game’ becomes something that takes time to learn
They could become impatient with the process that forex puts in place. It is not a quick win by any means. The most successful people in forex trading are successful because they were patient. They waited for the best trades time and time again.
A younger person who is able to enter forex may find it quite challenging. This is when they realise the forex ‘game’ becomes something that takes time to learn, and more time to master.
Forex trading is a skill. And it needs three key elements before you start to make any real and consistent income:
And that’s the hard reality. You can’t spend a year in forex and expect to make a million. It is not going to happen.
Most forex traders experience failure. In fact, a recent review found that 96% of forex traders failed and dropped out of the process (The Balance, 2017). Those are difficult odds to face without knowing that you have a lot of hard work ahead of you. Someone young and impulsive may struggle.
Read: 7 Day Trading Styles and Techniques of the FX Market

The Need for Capital

Another area in which age may well be a factor is money itself. You will need a significant amount of starting capital to make money in forex. If you don’t have that money, then you will find the process difficult. You may not be able to make the slow and steady gains that characterise most traders and how they work. It’s very much like a career where you put in time and the trade-off is payment.
But that starting capital has to be there first before anything happens.

While you can begin with as little as £20 and the sensible starter level is at least £1000.
And that will be a tough slog, because you’ll have to be very careful with that money before you make your first gain. And you will most likely lose money more often than you would like. It’s that need for start-up capital that may well lost and that can be alien to many young people.
An older trader has another advantage. They will most likely have savings, and can enter the market with confidence.

The final key distinction rests upon emotions. It’s easy to understand the concept of a younger person having less control over their emotions. You can expect this. An older, more experienced person may have a more balanced view on things. That’s basic life lessons. As you get older, you become less impetuous, less prone to impulsive responses to bad luck.
Read: How Serious is FOMO in Trading?
When things go wrong in forex, they can become worse by a trader’s emotions. Traders may keep pushing with a position that is not going to work out. They may decide that their stop is more elastic than it should be. Or they may take a risk on a pair that is not going to end well. To them, a ‘gamble’ may be the best and even more exciting option.
None of that works in forex. If you let emotions guide your trading, you are going to suffer, pure and simple. Younger people are more likely to become emotional. That makes them more vulnerable in a high pressured environment.
If we’re honest, this particular age range may well have an advantage in these key areas.
Read: Who are the Best Forex Traders in the World?

This age bracket has its advantages too. Older traders have gained many of the above ‘prerequisites’ for successful trading. They’ve got experience, and a little more wisdom, too. And the cool head required to manage risk is something that an older trader may well find to be second nature. More life experience can mean a calmer approach.
Even with the best will in the world though, energy will be a little less easy to get hold of in this age range. And jumping into forex requires a lot of energy.
Read: Trading Psychology: How to Control Emotions to be a Profitable

So what is the best age to trade?

To be honest, there is no right answer to this question.
In the end, there are plenty of successful young traders (over the age of 18) as well as older traders. The odds are in your favour, to an extent, if you are a little older. This has plenty to do with the amount of capital an older trader may have. A natural genius at forex could walk into many good positions because they have studied hard. They may also have the right temperament to make it work.
Everyone who trades in forex knows that it is an area that requires respect
And that’s where the real answer lies. A combination of the right factors means that you’re able to make it in forex. These factors could be there and with your age. If you are able to bring capital to the table, have studied forex and a cool head, everything is in your favour. The exact opposite will get you nowhere. You can find these attributes at any age, not only young people or old people.
Everyone who trades in forex knows that it is an area that requires respect. Also understanding a range of complex concepts is important. As is handling your emotions. No matter what people think, developing this approach is possible, no matter what your age is.
There is no ‘best age’ to trade. If there was, younger people would feel forced into it quicker. Or older people would be the best around. A true forex trader trades well because of who they are, not how old they are.
Checklist: Get Started Working for Yourself