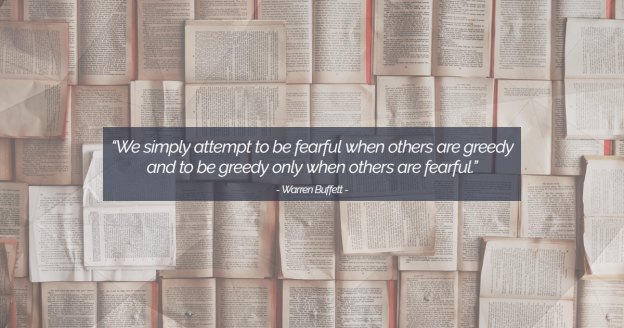 While trading can be lucrative. Even professional traders make losing trades on a day to day basis.

So, how do they still manage to make money in the market?

The answer is pretty simple and forms a recurring pattern in many of the motivational quotes mentioned below, that is ..

Keeping an eye on your risk and cutting your losses short.

We’ve found 31 of the best motivational quotes from, or used by, traders. Below each quote, you’ll also find a short comment that tries to explain the quote.

1. “You can be free. You can live and work anywhere in the world. You can be independent from routine and not answer to anybody.”Alexander Elder

Comment: Trading can be very exciting and rewarding, given you understand the foundations of the market and know what you’re doing.

Comment: Without analysis, trading would pretty much resemble gambling. You can make a sound trading decision only if you’ve previously analysed the market.

Comment: If you really want to succeed in trading, you need to treat trading as a full-time business and not as a part-time hobby. Learning how to trade successfully can be a tough endeavour.

Comment: In his quote, Buffet recommends to be one step ahead of the crowd. When everyone is buying, chances are that the price could reverse soon. Similarly, when everyone is selling, lower market prices create a great buying opportunity.

Comment: Never chase the market for trades. If you have a losing streak, take a break and let your emotions cool down.

Comment: The discipline of keeping your emotions under control is what makes or breaks a trader. If a trade goes against, inexperienced traders tend to wait for the trade to reverse – They don’t want to close it with a loss. However, that’s exactly what successful traders do.

Comment: As another quote said, trading is not about intelligence but emotional discipline. The guy who is patient, disciplined and has strict money management rules will likely outperform the guy with a high IQ.

9. “Money is made by sitting, not trading.”Jesse Livermore

Comment: This is a powerful one by Jesse Livermore. Placing a trade is straightforward and simple, but you have to do your analysis to make sure that the trade has a high success rate. Analysis and patience make up 99% of the work, placing a trade the remaining 1%.

Comment: If you have difficulties falling asleep at night, chances are that you’re taking too much risk on your trades. Never risk more than you can afford to lose on a single trade.

Learn how to handle risk at our community:

Comment: Here’s another quote that emphasises the importance of risk management. Cut your losses short and let your profits run, and you may succeed.

12. “Money is just something you need in case you do not die tomorrow. Let this is a reminder for you not to obsess over profits and losses. In whatever you do, strive for enjoyment, focus, contentment, humility, openness… Paradoxically (and as an unintended consequence) your trading performance will improve significantly.” Yvan Byeajee

Comment: Many traders start to trade because of the potential reward. However, just like in other activities, you have to love your job to be good at it. Don’t focus too much on the money, but rather enjoy your trading journey. If you have problems in doing so, ask yourself whether trading is the right career path for you.

Comment: Trading is all about controlling your emotions and risk management. Don’t expect to be right on every single trade – even professional traders aren’t.

Comment: Overtrading is a major mistake that beginners in the market make. You’ll be good even with one or two trades per day, week or even month. The point is to pick those trades that have the highest probability of success. This also keeps trading costs down.

Comment: Avoid following self-proclaimed market gurus. Try to build your own view of the market. If you’re a technical trader, keep in mind that the price is already discounting fundamental information and market news.

Comment: This is a powerful quote from David. We can’t avoid losses, but we can follow a strict and sound trading plan and fine-tune it after each losing trade. Was your entry point the problem, or your stop-loss? What was your entry trigger? Identify the reason for the losing trade.

Comment: Another great quote on risk management (as we said, there will be plenty of them.)

Comment: Successful traders have a large chance to make a profit even from a bad trade. Why? Because they know what’s the right time to exit a trade.

19 “It does not matter how slowly you go as long as you do not stop.”Confucius

Comment: Ok I admit, Confucius wasn’t a Forex trader, but many of his quotes can be related to trading. It’s consistency that makes a great trader.

Comment: Forget about money. Trading is a business that you need to love to be good at it.

Comment: It’s hard to rely on trading to make a living, although there are many traders who achieve that. You don’t have to take a trade every single day. Also, if you’re after a regular (and stable) income, well, then trading may be not the right career path for you.

Comment: Great traders aren’t born or made overnight. It takes patience, discipline and consistency to master the art of trading.

Comment: Losses are an integral part of any trader’s life. Losses are not the problem, it’s the ignorance of risk and money management and letting your losses get out of control that is.

Comment: A streak of winning trades can boost your ego and self-confidence to such an extent that you start believing that you’re invincible. If that is the case, try to take a break from trading to calm your emotions down.

Comment: Even professional traders have a winning rate closer to 50-60% than you might think. It’s not the winning rate that determines the profitability of a trader – it’s the amount of profits that the trader makes relative to his or her losses.

Comment: Building a reputation is hard. It takes one bad decision, one bad trade to ruin everything.

Comment: As traders, the most important step we need to do is to preserve our trading capital at all times. Only then should we think about profits and making money.

Comment: Another powerful quote from Yvan, that tells us trading is not all about making money and a regular income. There are no guarantees in trading. You need to appreciate what you already have to enjoy trading.

Comment: Intraday trading is full of market noise and over-reaction to news. Sentiment can change quite fast on short-term timeframes, often faster than traders’ minds.

31. “Focus, patience, wise discernment, non-attachment —the skills you acquire in meditation and the skills you need to thrive in trading are one and the same.”Yvan Byeajee

Comment: We decided to put this as the last quote in our list because of its timeless wisdom. Trading is all about patience, focus, control of emotions and similar skills that can be found in meditation for example. That’s why some traders don’t make it in the market despite their efforts.