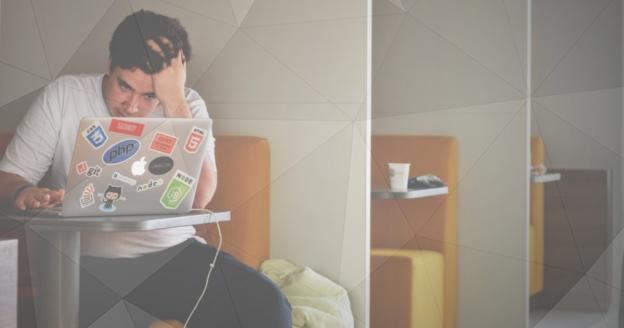 You make your trade, and you think you’ve got everything in place. It all looks good.

Even though you’ve got a system and an approach to trading that has brought you an income, and a career in the markets, you still do the one thing that you know you should never do.

You carry out a revenge trade.

Revenge trading has been around as long as trading has, so it’s pretty established. You’d think traders would be better at avoiding it, but it still rears its ugly head, and in some cases it ruins careers. We’re going to take a look at revenge trading, and identify its key characteristics. Then, we’re going to focus on a few measures you can take to reduce the chances of it ever happening to you again.

Revenge trading happens after a trader suffers a significant loss. Rather than look to their strategy and make sensible decisions around the incident, they jump straight back in.

Angry, and determined to come out on top, the traders will find themselves in one of two scenarios. They will either end up ploughing a lot of money into a trade that loses, making their losses even bigger, or they will manage to come out on top a little, and simply reduce their loss. Either way, the best thing to do is to lick their wounds and regroup. But they don’t do this.

Trading Psychology: How to Control Emotions While Trading

Why FOMO Can Obliterate Your Trading Profits

Why Revenge Trading is so disastrous

Obviously, losing money through revenge trading is going to bring you problems when it comes to your bottom line, but it also causes other, lingering issues.

It’s important to remember that you can have a very bad day if you let revenge trading take over. You will end up trading ‘how you feel’, and that means you are doing nothing more than gambling with money.

Must Read: How to Improve Your Trading Mindset and Start Winning

How to overcome it

There is a simple process of improvement that should help you manage any revenge trading issues. We’re talking about ‘on the day’ stuff here. If revenge trading happens to you, and you start to incur losses, then consider the following steps:

That’s right, leave the room and do something else. The very last thing you want to be doing is looking at a screen that tells you, in black and white (or red) how much money you have just lost due to your emotions. It won’t do your emotional state any good, for starters.

It may seem a little silly after you’ve just spent time making and losing money, but doing something completely different can really help. Why not go out for a walk, or call a friend, or do anything that means you’re not thinking about the disaster that has just happened.

The ability to clear your head quickly could be vital, because you need to step out of the situation, so your emotions are managed. By leaving the area, this is exactly what you are doing. It’s even better if you’re able to go and do something outside. Buying something at the supermarket is definitely a great ‘disruptor’. Having to talk to other people will help.

The best traders focus on the data and feedback that both wins and losses bring them. Write down (or record on a spreadsheet or other doc) what exactly happened. Knowing the precursors to the event and the way you managed the situation can only ever help you in the future.

Essentially, if you’re able to identify what went wrong, you should be able to work towards avoiding those same mistakes the next time around. It’s not necessarily going to be easy to avoid those mistakes, but just knowing what they are and having that self-awareness makes a huge difference.

If you have a system, is it working?

This is a big part of success and failure in this area. Nearly every trader who lasts more than a few days will have a system that helps them get to profit and survive the tough times. You should have a system. If you don’t, get one.

You need to take a good look at your process and your system and see if they’re doing you a disservice, or if it was your fault entirely that the trade went wrong.

Finally, make it important to you to look at your current risk management arrangements. You may already have these in place, but they will not have been followed strictly during the period of revenge trading.

Good quality, effective risk management means that you have insurance in place. You’ll know when you should close a trade. No matter what is happening on the upside, you’ll be able to calmly and positively close a trade at the same point every time.

Risk management is what separates the top earners from the lowest. Top traders know when to quit. It’s not a gamble anymore, and even if they think there may be an upturn soon, their risk management tells them to stop. And that’s how you completely avoid revenge trading.

And that brings us to our final point

You have to understand why revenge trading happens. It happens purely because of your emotional state. A good grasp of risk management means that you are able to pick points where you no longer take risks. By sticking to these religiously you should be able to avoid making the silly mistakes that lead to such disastrous trading.

One of the biggest errors a beginner can make, for example, is to see the numbers in front of them as anything other than just numbers. They are cold, hard facts, and they mean nothing other than feedback. If people start to bring their emotions into the game, they will suffer.

It’s going to happen (or it’s more likely to happen) when you’re fully immersed in a trading situation. You’re so ‘into it’ that you can’t see the charts, you can’t see that the security isn’t going to make a miraculous, never-before-seen leap upwards. And you’re full of fear too. You’re scared that you’ll be proved wrong, and that you will lose money.

The revenge trading feeling is overwhelming. It can override everything else. The euphoria from making a win is replaced by an aggressive approach as you try and gain some of your money back.