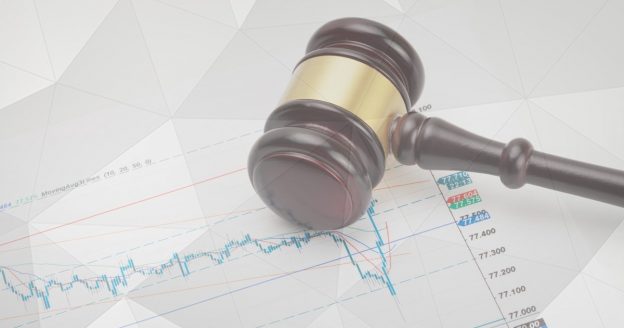 ESMA is an acronym for the European Securities and Markets Authority.

It is one of three European Supervisory Authorities (ESAs) in the EU, namely:

ESMA has been led by a full-time Chair, Steven Maijoor and an Executive Director Verena Ross, who is responsible for leading the Authority. The Chair heads the Board of Supervisors and the Management Board. The Board of Supervisors strategically guide ESMA in supervisory and regulatory decisions. The Management Board ensure that the organisation fulfils its mission and duties.

When was ESMA established?

ESMA was established on the 1st of January 2011 when it replaced the Committee of European Securities Regulators (CESR).

The CESR was established by the European Commission on the 6th of June 2001 to act as a body to oversee European Markets and the actions of Securities Regulators as well as improving coordination among them. The Committee acted as an advisory group for the European Commission and worked to implement legislation to govern market activities in the member states.

After the Financial Crisis of 2008 it was recommended that a new regulatory body be established to improve and strengthen the oversight framework and standardise rules across the European Union. Ratings agencies were heavily criticised for their part in the crisis and ESMA would be organised to include supervision of this sector of the financial industry. The new body would be decentralised to Paris, France.

So what does the European Securities and Markets Authority do?

ESMA is an independent EU authority that is tasked with responsibility for micro-prudential oversight of Securities and Markets within the European Union.

This means that ESMA is the Authority that supervises all activity in the financial markets.

In order to achieve this, ESMA has four main functions:

The promotion of Supervisory Convergence enables ESMA to function across the 28 Member States of the European Union. By all 28 Member States applying the same rules in a consistent and uniform manner, ESMA ensures that it can execute its remit in a fair and transparent way.

It supplies a level playing field for participants across the EU and holds them to the same standards regardless of their location. Supervisory Convergence allows ESMA to maintain the safety of the Financial System, ensuring that the markets operate in an orderly fashion and protect investors.

Because of regulatory alignment and supervisory convergence ESMA is tasked with Direct Supervision of financial entities such as Credit Rating Agencies and Trade Repositories operating within the EU.

Risk assessment of the financial system is at the core of what ESMA does. The Authority is well placed to make a timely assessment of market developments that harm financial stability, put investors in an exposed position or disrupt the market function.

ESMA keeps a vigilant watch with the other ESAs and also National Competent Authorities (NCAs) to compile risk assessments and adds to the role of the European Systemic Risk Board (ESRB) to find risk to the stability of the financial markets. This function also compiles information for the participants in the financial system to ensure they can have timely warning of impending risks.

ESMA maintains a watching brief over the risks and benefits associated with innovations in the system.

In order for ESMA to fulfil its mission the authority is continually developing a Rule Book for the Financial Markets. This promotes a transparent, robust EU Single Market where participants can interact fairly with one another operating under a single set of rules and technical standards.

ESMA’s four functions overlap to build up a comprehensive authority that ensures compliance and stability. This in turn leads to a healthy and stable environment for financial markets to operate within.

Who is ESMA accountable to?

ESMA is an Independent Authority under the structure of ESFS but is also accountable to the European Parliament through the Economic and Monetary Affairs Committee (ECON), the European Commission and the Council of European Union.

It can be called to appear before ECON for formal hearings and meetings while also producing an annual report. It maintains strong communication with the other ESAs to ensure the system is continually meeting its objectives.

So how does ESMA affect me as a trader?

The European Securities and Markets Authority (ESMA) is tasked with protecting investors and traders and ensuring their rights when dealing with Brokers and third parties offering financial services. The introduction this year of MiFID II, which was drawn up by ESMA, was designed to further strengthen this protection.

For example MiFID II requires firms to categorise clients. If a client is categorised as a retail client then they are subject to more stringent rules concerning leverage and the suitability of products traded for their level of experience, than if they were categorised as professional clients who have less protection but greater access to financial products and risk.

Also included in MiFID II are rules concerning the best execution of trades by firms for their clients to ensure that they receive the most favourable conditions on price, cost, probability and speed of execution.

ESMA Guidelines mean that firms must also inform clients of proposed services and products, including the risks associated with them, in an appropriate and timely manner. The firm must ensure that their clients have access to services and products that are appropriate and suitable for their level of experience and tolerance for risk whilst trading products such as the European equities markets.