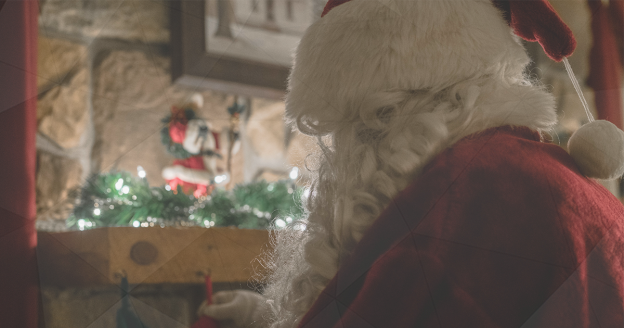 The Santa Claus rally refers to an increase in stock prices that occur in the last week of December and the first few trading days in January. The term was first introduced in 1972 by Yale Hirsch, a market analyst who identified the recurring pattern of rising stock prices around New Year.

Since trading volume around Christmas and New Year is among the lowest compared to the rest of the year, it’s no wonder that markets tend to have unique characteristics during those days.

Here, we’ll explain what Santa Claus rallies are, how they occur, and how active traders can take advantage of them.

Why Do Santa Claus Rallies Happen?

However, selling a stock just because it’s falling in value isn’t always a good idea. Investors need to ask themselves why they’re selling: Is there a fundamental reason why the stock is falling? If not, a lower price could actually be a reason to buy, not sell. Nevertheless, tax considerations could be one of the causes behind Santa Claus rallies.

2. Holiday vacation for large market players: Another theory behind Santa Claus rallies says that large market players, such as institutional investors and hedge funds, tend to go on vacation around New Year, leaving the market to retail traders who are generally more bullish about the stock market.

The retail buying pressure could then push up stock prices in the last trading week of December and the first few trading days after New Year.

3. Feeling of optimism: It’s no secret that people tend to be happier and more optimistic around holiday seasons. That feeling of optimism could be spilling over to the financial markets as well, leading to higher demand for stocks and increasing prices.

4. Holiday bonuses: Bonuses that workers receive around the holiday season could be another reason why Santa Claus rallies occur. As those bonuses get invested in the stock market, that higher demand for stocks could also lead to higher prices around New Year.

Read: How to Handle Emotions While Trading

Some analysts argue that the Santa Claus rally has many connections with the popular January effect. The January effect is also a seasonal phenomenon and refers to the increase in stock price during January, as investors sell their stock holdings in December and buy them back the following month for tax purposes.

Since traders anticipate the rise in the stock market during January, they might start to buy stocks during December in order to ride the January effect.

What is Online Trading and How Does it Work?

9 of the Best Technical Indicators

The Santa Claus rally is a seasonal phenomenon and traders shouldn’t bet that it will continue to yield positive results in the future. The forces behind the Santa Claus rally are still unclear, and stock prices don’t always go up in the final trading sessions of each and every December.

Still, the past performance of Santa Claus rallies is impressive. Since 1969, the average return over the last trading week of December and the first two trading days in January has been 1.4%.

The Santa Claus rally has occurred in 34 of the past 45 holiday seasons, and returns are positive and each of the seven trading days around New Year. Those results show that traders can try to take advantage of the rally during the holiday season, given the high probability that a rally will occur. 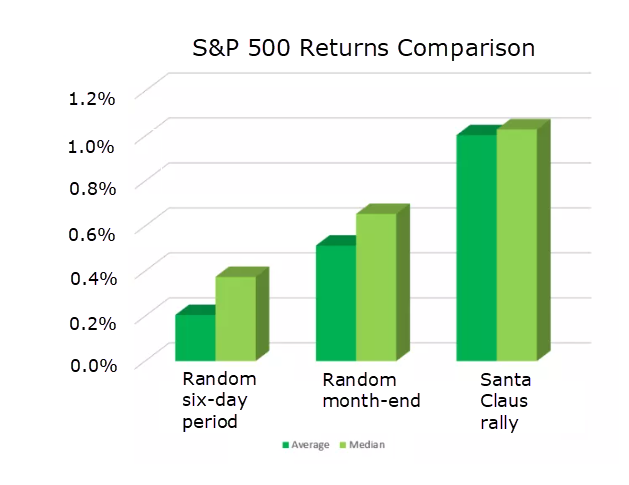 How to Trade Santa Claus Rallies

Markets don’t always feel optimistic around New Year, and global geopolitical turmoil can actually increase risk aversion and lead to a fall in major stock indices, such as the S&P 500.

The following chart shows a typical Santa Claus rally. Notice that the S&P 500 was in a strong downtrend ahead of the holiday season, only to change its course exactly four days before New Year. The market rose 3.5% in the last four trading sessions of 2018 and the first two sessions of 2019, even when taking into account the strong bearish candle on January 3rd. 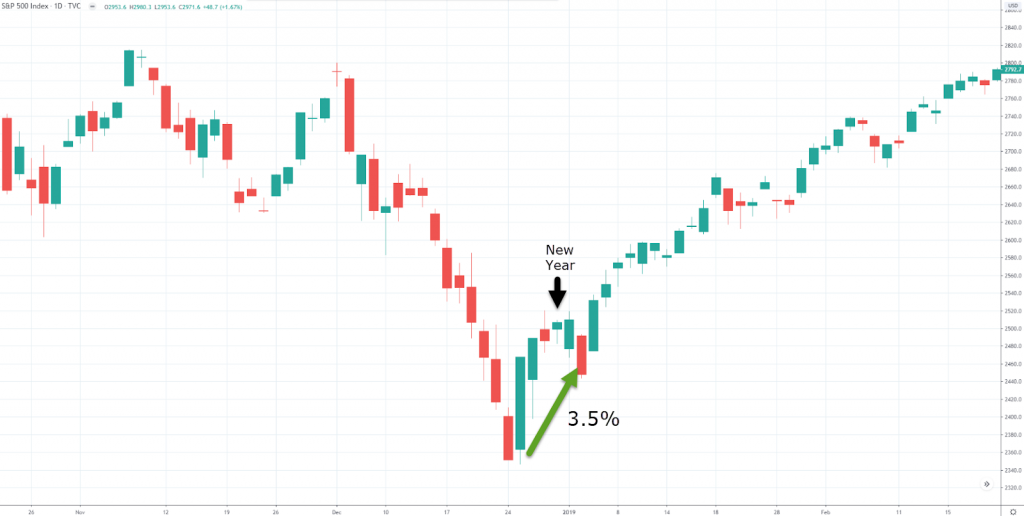 Traders who wanted to trade this rally could do so by opening a long position on the index with a stop-loss just below the recent swing low on December 24. While the strong engulfing candlestick pattern on December 25th could be used as a confirmation for a long position, traders who waited for that confirmation and entered the market on December 26th would end up with less profit (or even a small loss). Santa Claus rallies don’t work all the time, but they do produce positive results more often than not.

When trading the holiday season, bear in mind to always use stop-loss orders on your trades. Experienced short-term traders pay attention to their reward-to-risk ratio, exit levels, and position sizing, which is essential in order to make consistent profits on Santa Claus rallies.

Retail investors who don’t have the experience of managing short-term risks are better off holding their stock portfolio over the holiday season and aiming for long-term growth.

Another consideration is liquidity. As large market participants go on vacation around New Year, liquidity in the stock market tends to dry up significantly, which can lead to erratic and unpredictable price movements. That’s another reason why it’s necessary to manage risks correctly and always use stop-loss orders when trading the Santa Claus rally.

The Santa Claus rally is a seasonal phenomenon that refers to the general rise in stock prices in the last four trading sessions of December and the first two sessions in January.

While there are many explanations for why Santa Claus rallies occur, the most common are tax considerations, a general feeling of optimism in the markets, less trading activity coming from large market players, and the investing of holiday bonuses in the stock market.

The Santa Claus rally has produced attractive average returns over the past decades, leading to stock market rallies during holiday seasons 65% of the time. Nevertheless, traders need to be cautious when trading the Santa Claus rally and always pay attention to their risk, while investors who’re inexperienced in position sizing and risk management are better off holding their stocks in the long-term.